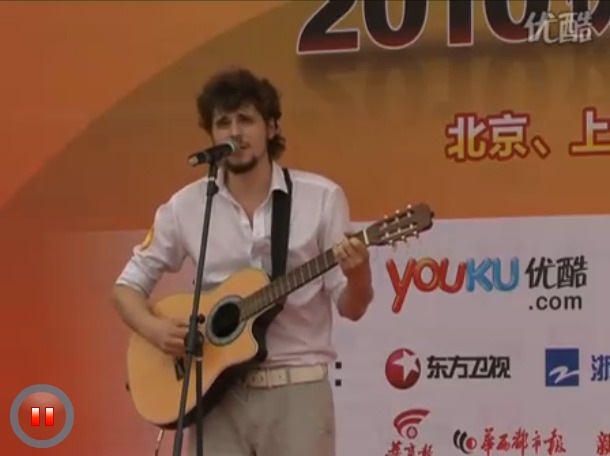 In an SMS two days before the Shanghai event of this year’s Niuren competition, my friend at Youku asked me if I would want to perform a song on the stage. After some initial hesitation I eventually agreed to playing the guitar while singing. Originally, I wanted to perform 坏人 but at the venue I realized that this particular song is not quite as popular as 秋天不回来.

Not very well prepared I got on the stage as the third performer that afternoon. I unexplicably managed to spoil the guitar intro, but still nobody seemed to really mind. It felt good not to feel the pressuring perfectionism flaring up inside of me again.

With this precautionary tale in mind, go ahead and watch the clip on youku! If you prefer to watch a version that I’m okay with, then check out the older video.

Update (June 29, 2010): There is a short clip on youku that aired on TV to advertise the competition. The clip was featured on the start page of youku and thus reached quite a large number of people.